Instead of rehashing the dozens of funding deals you’ve already read about, I focused this week on a few deals that you likely have not yet read about. (These are all first in E&O — as far as I can Google.)

* Keep in mind: Most of the amounts listed below are currently unannounced equity deals, so the full amount the company raises and eventually announces may be higher than the numbers you read here. Read on for more funding you might see reported elsewhere in the weeks ahead…

$55.5 million – Pearl Health – This company raised an $18 million Series A led by Andreessen Horowitz back in September 2021. A blog post at the time explained Pearl’s genesis: “…working to give wings to a company that would support physicians in managing healthcare risk in Medicare’s Direct Contracting model, with technology lighting the way. We all knew that physicians had been far too insulated from risk and believed that economic alignment with patient outcomes will both catalyze innovation and ensure attentive patient management: liberating physicians to practice medicine as they see fit and putting them at the center of value-based care, rather than relegating them to aggregated widgets in administratively-driven ACOs.” Site

$17.4 million – Amalgam Rx – E&O already reported this one in a Friday newsletter a few weeks back, but worth including here too. Amalgam Rx is a digital health company founded and led by Welldoc alums that has a number of high-profile pharma partnerships. In their own words: “We blend art, science, and technology to create and distribute exceptional – often regulated – digital products, including patient identification, digital medicine, clinical decision support, clinical trial recruiting, and more. Our modular platform enables rapid solution creation and is directly integrated in the EHR workflow – allowing for rapid scale across health systems and around the world. … We have deployed clinically validated, and often regulated, technologies across four continents reaching millions of patients. Together, with our partners, we have increased access to care, optimized clinical decisions, and supported patients in their journey to dramatically strengthen outcomes and reduce costs.” Site

$15 million – Synapse Health – “At Synapse Health, we’re modernizing the experience of ordering medical supplies through a digital-first platform, enabling prescribers to focus on patients, not paperwork. We believe patients deserve exceptional care at home and are obsessed with delivering a best-in-class patient experience.” Site

$10.9 million – Form Health – Boston-based Form added to its $12 million round in an amended filing last October that boosted it up to more than $19 million. It just filed another amended filing to show it had raised nearly $22.9 million. Since the original $12 million was announced as the company’s Series A back in 2021, it looks like Form has raised about $10.9 million since then. “FormHealth is a medically-supervised weight loss program delivered through your smartphone.” Site

$6 million – Arrive Health – This week Arrive announced that it had acquired some health tech assets from UPMC. While the announcement does note that UPMC invested in Arrive as part of the deal it didn’t name a dollar amount. Look like it was $6 million. “We improve access to the most affordable, quality care by delivering accurate, patient-specific cost and coverage data to providers, care teams, and patients.” Site

$6.5 million – ExaCare – (I noticed an early-stage VC mentioned this one in a blog post this month.) The company noted that $1 million of this raise was actually in outstanding convertible securities. “Next generation software for assisted living facilities.” Site

$6.5 million in equity, options, and other securities – HerMD – “In-person and virtual care for sexual health, menopause, gynecology, medical aesthetics, and more. Our expert team of board-certified OBGYNs, healthcare providers, aestheticians, and a wide network of referral partners are here to help you make informed decisions about your health concerns nationwide.” Site

$4.2 million – RepeatMD – This company said the total raised includes a little more than $1 million in cancellation of indebtedness: “Like Starbucks Rewards, but built for your Aesthetic Practice… We create a mobile app [for your practice] that makes revenue automation easy. Our technology delivers frictionless patient experiences that organically increase referrals and revenue.” Site

$2.5 million in equity, options, and other securities – Hidrate – You remember this company: Smart water bottle that tracks how much you drink, pairs with an app, and aims to keep you hydrated. Site

$1.2 million – Neurava – “Neurava is developing a wearable device to monitor and alert for the impending risk of sudden, unexpected death in epilepsy.” Site

$1.1 million – ChatOwl – This company is led by Dean Sawyer, the former CEO of Freespira who also previously founded and led RPM company Sentrian. “ChatOwl is your virtual tool box equipping you to rebuild a life of hope and happiness. The customized therapy plan you will receive equips you for your recovery, teaching you how to lift the weights of heaviness, and to clear the anxiety and depression.” Site

$1 million – Neuroglove – Here’s a quiet one. A patent from one of the executives at this startup describes the company’s likely product like this: “A post-stroke stimulation device in accordance with an example embodiment of the invention is supplied as a glove-like garment or device to be applied to the affected upper extremity of the stroke victim during the acute phase of a stroke. In this example embodiment, the glove provides sensory stimulation to the hand. … Sensory stimulation of the hand stimulates a large amount of tissue in the sensory areas of the brain, thereby taking advantage of collateral recruitment, cortical reorganization or whatever recovery mechanism the brain employs in recovery from stroke. It is expected that application of the invention will improve human outcomes from acute stroke injury to the brain.” Site (but not much there yet.)

Let’s call that E&O Mondays Issue 065. Help me E&O subscribers, you’re my only hope: If you learned something from today’s issue, would you forward this newsletter to someone you think might be interested? 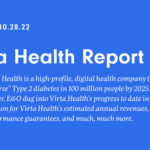 Who controls the Spice?
25 min. Read 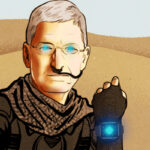 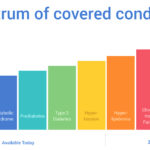 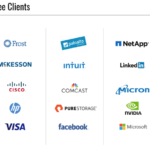